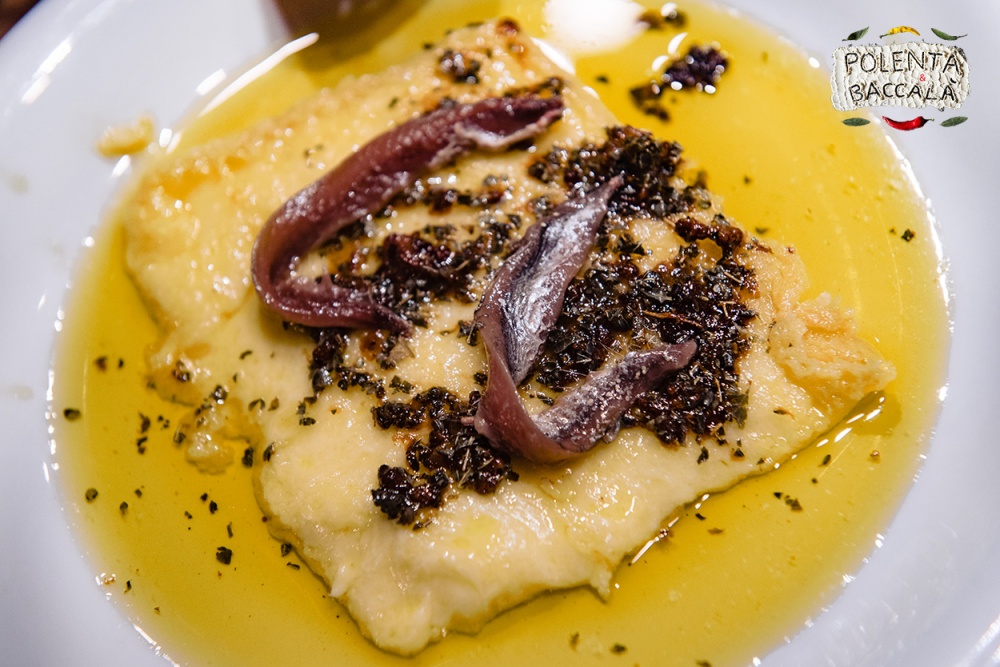 This is a recipe that will make you smile 🙂 and it will turn a simple dinner into something very delicious.

I still have a good amount of caciocavallo Ragusano DOP at home, from the last time I came back from Italy, and I love that cheese.

This cheese is obviously perfect as it is, but you can make a lot of delicious Sicilian recipes with it, and this is definitely a nice one.

But let me tell you its story (or legend) first, which is quite interesting and funny.

The origin of this dish, according to an anectode I read more times, is in Palermo. These origins date back to the times when the Argenteria street was inhabited by the silversmiths (argentieri), so over 100 years ago for sure. At that time the silversmiths were considered very rich because they worked silver and gold, although in the reality it was not always that way. What was making them look rich was the fire that remained lit all day long in their houses because of their work, and at that time many people couldn’t afford that. It is said that one of them, fallen in disgrace, had a very talented wife in the kitchen, and a day his wife, to show off to the neighbors and not to make it clear to them that they were no more wealthy as before, prepared this dish that had a smell similar to the smell of the cooked rabbit. So, when the smell arrived in the street, she made believe that nothing had changed, compared to the past times, when they could afford to cook also the rabbit. The trick was that instead of rabbit she used the cheaper caciocavallo, and the aroma that arose from the fusion with garlic, cheese and vinegar, had nothing to envy to the more expensive dish 🙂 Today this recipe became part of the traditional Sicilian cuisine, and in the very past time it was often called “cunigghiu (rabbit) all’argentiera” 🙂 but nowadays it is called for what it is, caciocavallo.

As I said I used the Ragusano DOP, but also the caciocavallo palermitano is an option, or other caciocavallo types.