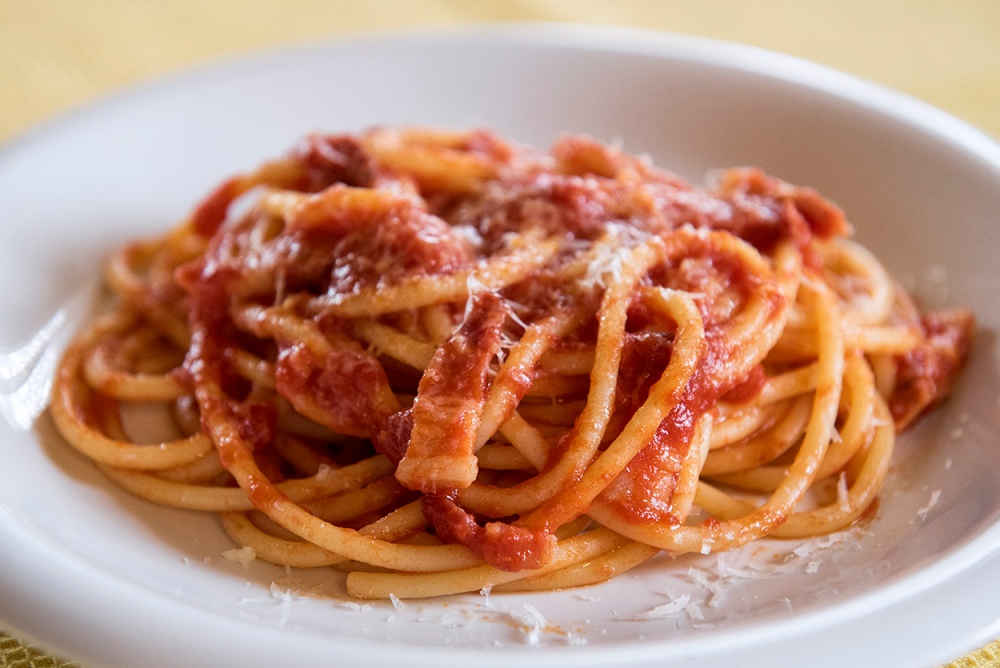 Here it is one of the most famous and iconic recipes of Italy 🙂 I could eat it 1000 times, and I could never get bored of it! So simple, and so perfect, few ingredients matching perfectly to each others, et voilà: a little masterpiece 🙂

The name “Pasta all’Amatriciana” comes from the place of origin, the village of Amatrice, in Lazio region (but until 1927 it was part of Abruzzo region), and the recipe originated between shepherds. The same shepherds brought this recipe until Rome, during their travels, and that’s why later it has become one the most typical recipes of Rome.

It’s an old recipe that dates back some centuries, originally the sauce was made only with guanciale and Pecorino cheese and it was called “Gricia” (or “Griscia”), from the name of the village of Grisciano (near Amatrice), because it originated between shepherds of that area.

Then at the end of the XVIII century arrived the tomato to enrich the original recipe.

The authentic recipe (which actually has an official procedural guideline, they are not a “law” of course but just guidelines to protect the tradition) has the following ingredients: guanciale amatriciano (cheek lard), extra virgin olive oil, dry white wine, San Marzano tomatoes or peeled tomatoes, Pecorino cheese, chili, salt and black pepper. These are the original ingredients to use to be called “authentic Amatriciana sauce”.

But it’s possible to find some variations to the main recipe, the most common probably is the use of pancetta rather then guanciale (cheek lard). It’s not the same, guanciale is more fat and has a more intense taste (guanciale is matured for a longer time, usually at least 3 months, pancetta usually just 25/30 days), but if you don’t have guanciale at home then also pancetta makes the recipe very good 🙂

Another variation is using tomato sauce rather then tomatoes. If it’s winter and you would like to eat Amatriciana sauce, then nothing forbid you to use the very good tomato sauce you prepared at the end of the summer, of course 🙂 your pasta will be also very good!

Then someone else use to add also a little bit of onion, but I think it’s not needed.

Cheese: Pecorino di Moliterno, bought at “A Sajtos” in Budapest 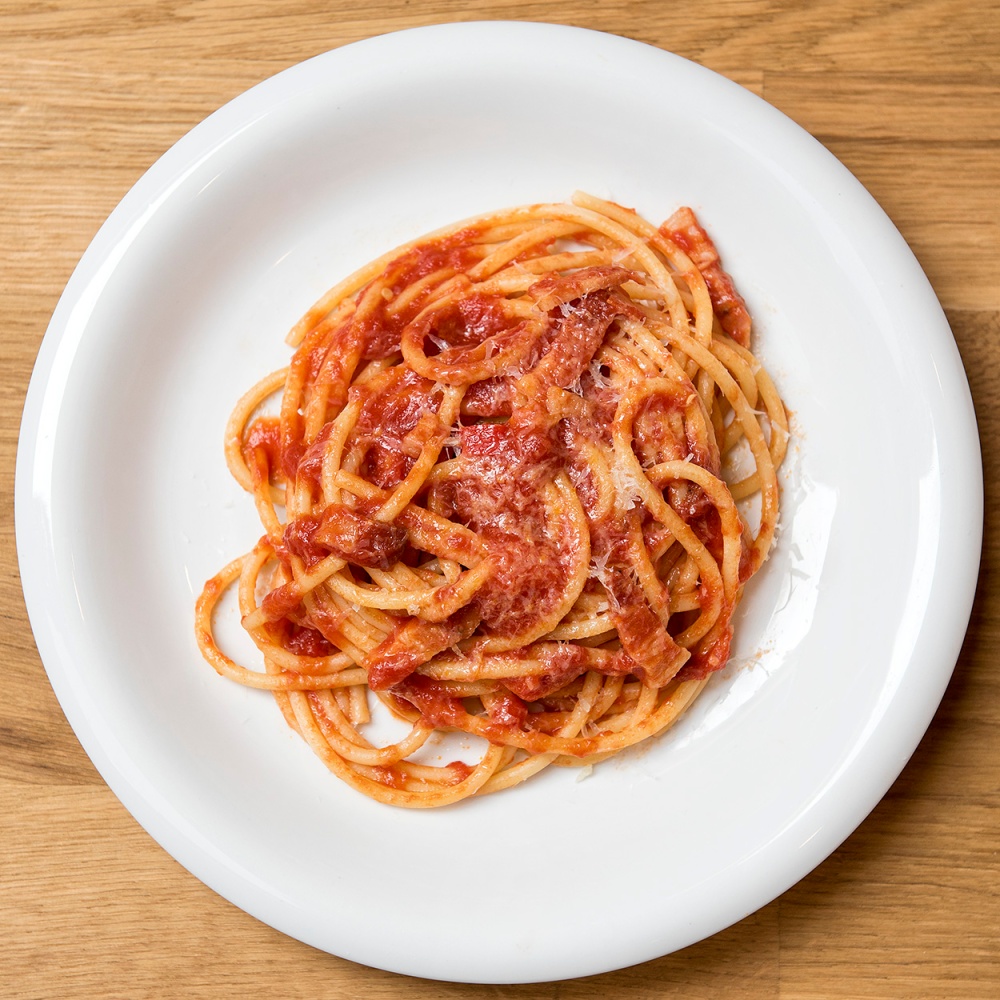