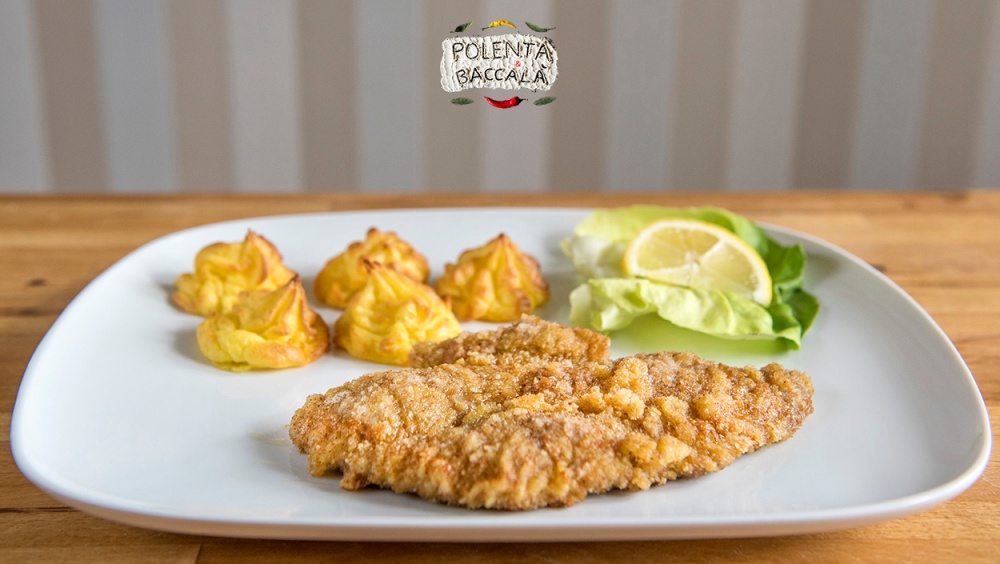 Here it is the most famous dish of Austria 🙂

It’s a simple and comfortable recipe, but always successful 🙂

There is also an interesting story about its origin: the most famous story says that general Radetzky liked so much the Cotoletta alla Milanese when he was in Milan that he brought the recipe back to Vienna in the middle of the XIX century, presenting it to the Kaiser. But this is just a nice story, and it seems that in older sources there were already some similar recipes in Austria. And the Cotoletta alla Milanese it’s different, because it’s made with a different cut using a cutlet of veal with bone and it’s usually thicker, while the Austrian recipe use the Nuss (thick flank), a cut from the back thighs, and it’s thinner (and usually in a butterfly cut).

I have to admit that in my home, in Italy, my mom prepared this dish many times, and until I moved to Austria none of us knew that it was a famous dish in Austria and neither that it had a specific name, we simply called it veal cutlet 🙂

In most of the restaurants you will find it paired with the also famous Austrian Erdäpfelsalat, the typical potato salad. But it goes well also with mashed potato or a fresh salad.

Breadcrumbs: as always I suggest to do it by yourself with a stale bread, better if a sourdough bread. The breadcrumbs in the stores are most of the times made with industrial bread often containing various additives, and the final texture of your dish will not be the same. If you prefer you could remove the crust and use only the inside of the bread, for a lighter final color.

Butter: the clarified butter is suggested to cook more easily and with less risk to burn the butter, and you can use a higher temperature avoiding the fat to intrude into the breadcrumbs and avoiding to moisten them. But in this case I forgot to prepare the clarified butter, but it was not a big problem because I used one of the artisanal mountain butter I recently bought in Italy, and that’s actually my favorite choice because it adds much more flavor compared to a normal butter, much more intense and rich. 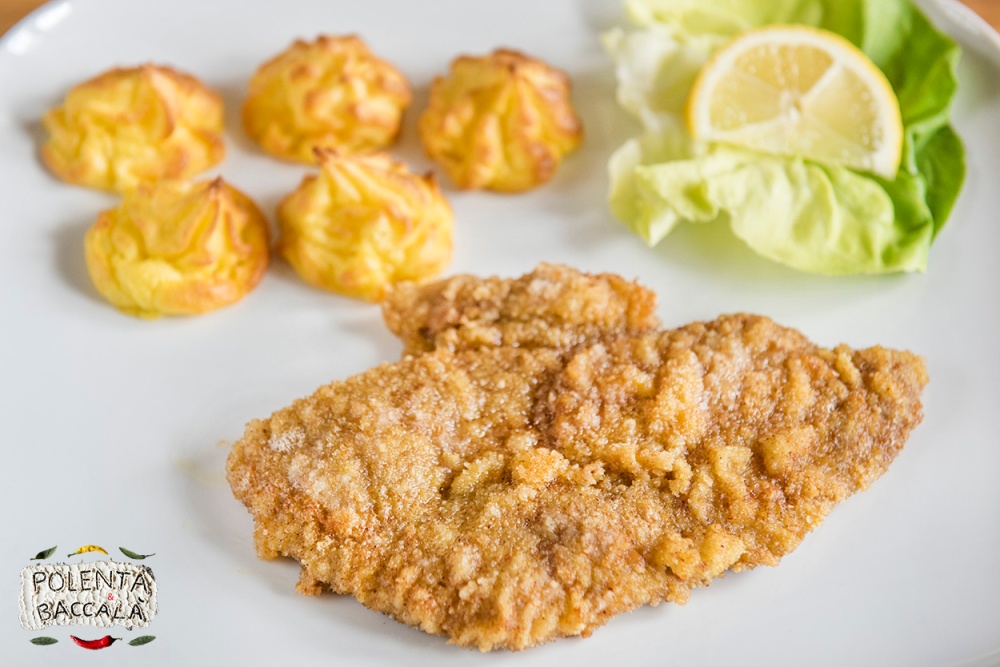