Have you ever been in Liguria region, for example in Cinque Terre, or in Genoa? And did you try that Focaccia (in the local dialect Fügassa) you can find everywhere there, that one with the holes”? 🙂 If you didn’t I’m very sorry 😀 but it’s really a great thing and you should try it.

The original recipe is “naked”, just good extra virgin olive oil and salt, then there are versions with rosemary, with sage, with olives, with onions…but never too heavy and complicated, always simple, with few flavors. Particular is the Focaccia of Voltri, a small village close to Genoa, where they bake it not in a tray and they use cornmeal on the bottom, giving some particular crunchiness and flavor. Moreover in some recipes also a part of white wine is used to make the dough.

It’s usually served as an aperitif, or as a snack in half morning, but you can fill it as a sandwich too. Traditionally were the longshoremen working in the harbor to eat it at mid morning, with some wine, to stop the hunger and avoid the lunch, and this habit helped to create the stereotype of Genoa’s people as cheapskate/stingy people 😀

Many people in Liguria even like it for breakfast, to dip in the cappuccino 🙂 in few words in Liguria the focaccia it’s an institution, it’s good in every moment of the day and it’s everywhere. And it must be well made 🙂

A perfect Focaccia has to be crunchy outside and very soft inside (but not elastic or chewy), with a golden color, absolutely oily 🙂 with the typical holes, not higher than 2 cm, and easy to digest.

For the salamoia (brine): 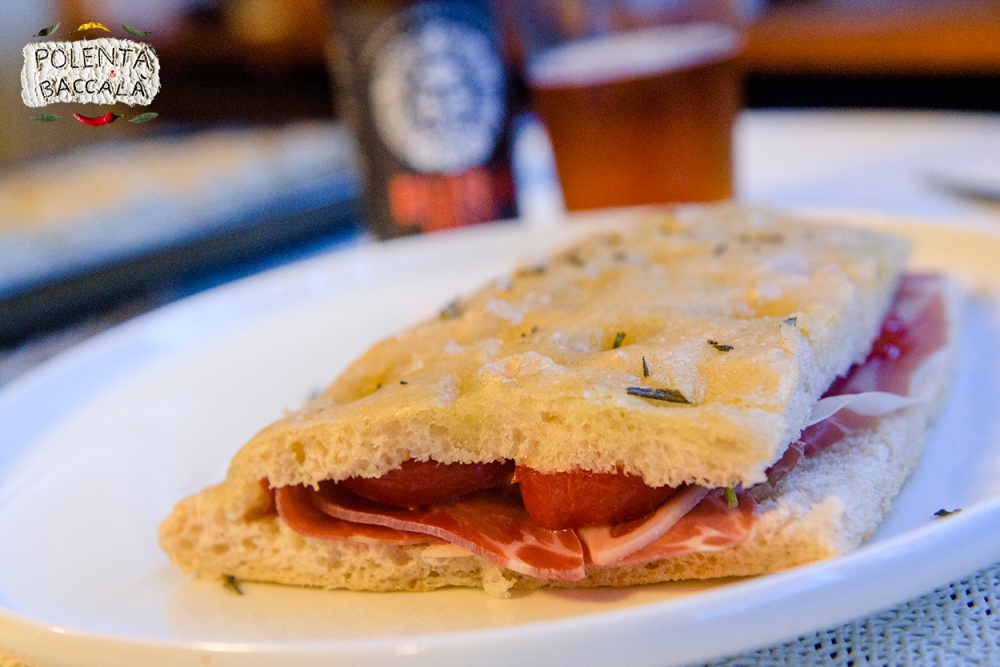 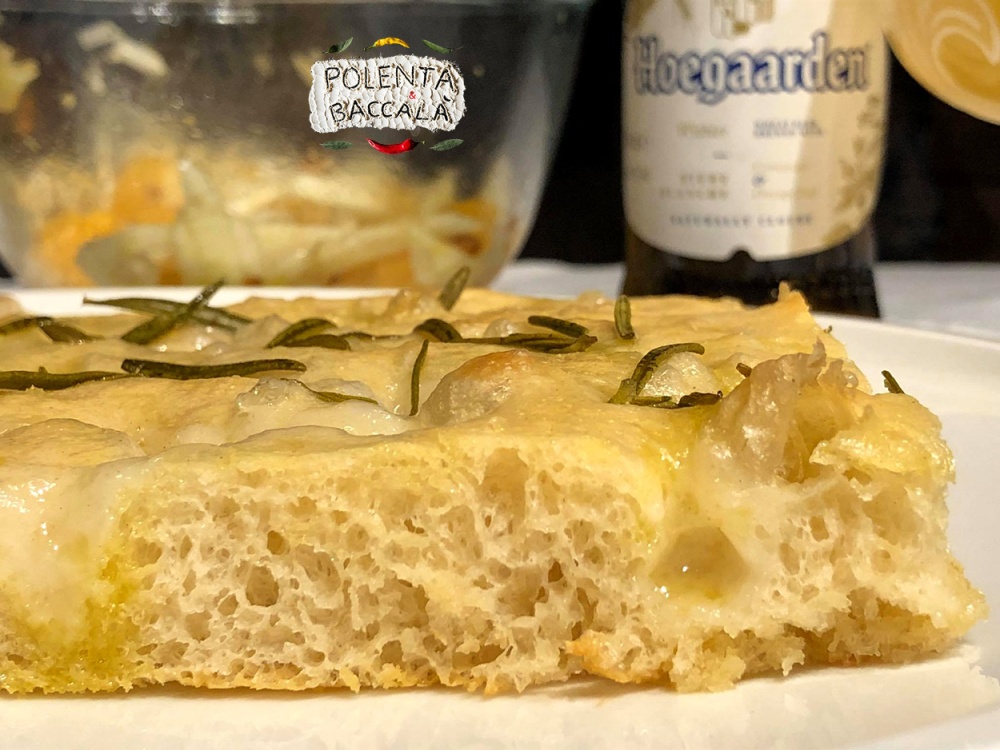