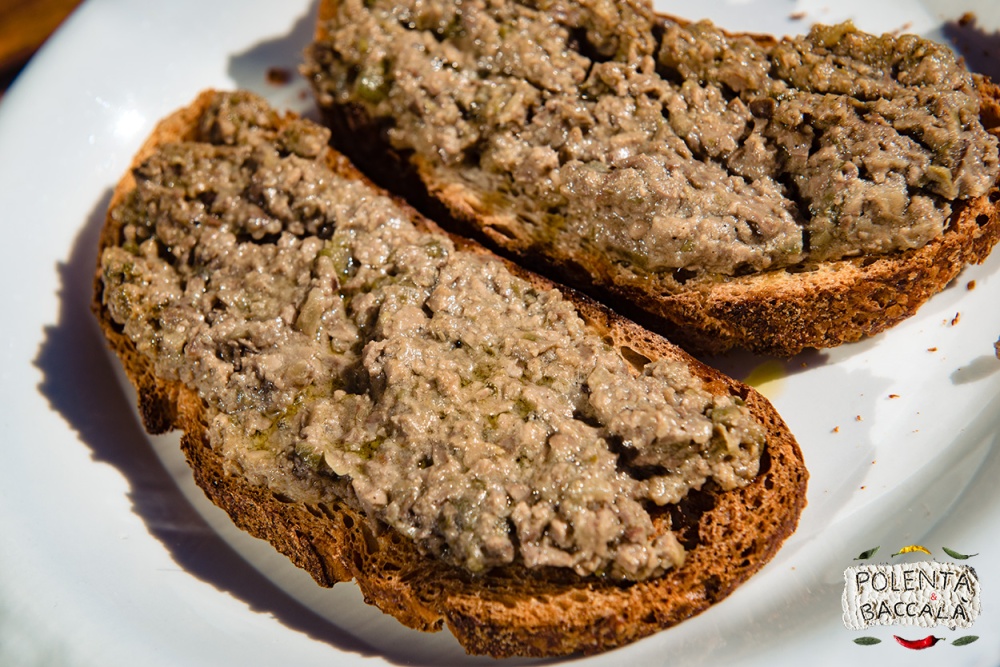 If you have been in Tuscany I’m sure you know this wonderful recipe. I used to go in holiday in Tuscany every summer with my parents, probably about 10 years long, and every year I used to eat this 🙂 so if I’m thinking to Tuscany, this is one of the main dishes jumping in my mind, and every restaurants there have it between their appetizers, it’s simply a “must” 🙂

Since it’s made with chicken liver, and since the liver it’s an organ that absorbs all the good and bad things that the animal eats, my suggestion is to do it with liver coming from good quality animals, well raised and well fed, not the randomly found liver sold in the supermarket. So this was my problem, I use to buy chicken from a local farmer, free range raised, and never the cheap ones in the stores which we know are raised unnaturally fast and didn’t really have a good life, but I use to buy 1-2 chicken at each time, so with 1-2 livers I cannot do much. But luckily I recently found a Hungarian farm that raises its animals acceptably well (at open air and without antibiotics), and I was happy to find also just the livers of those chickens by a butcher in Budapest, so in the same moment I saw that package I immediately thought “great! I can finally make the crostino toscano now!” 😀 but if you have your own chicken, that’s the best! 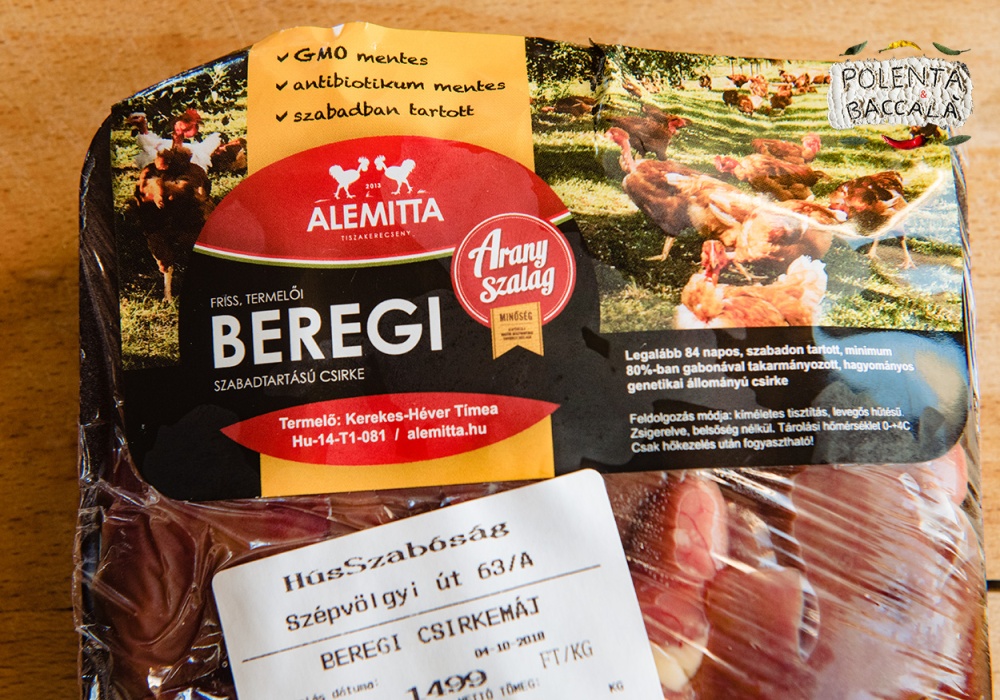 The ancestor of the crostino originated in the days of the ancient Romans, when meat and fish were served on trays from which everyone could take its food with hands, while slices of bread were used to pick up oils and sauces.
In the Middle Ages the food began to be served in individual dishes, but in Tuscany the habit of the crostini never ceased to exist. It was toasted, wet in the broth or in the wine (someone still do it nowadays) and covered with the poorest parts of the animals, like the offal. But also at the courts the crostini were appreciated, and according to some sources it seems that the so called “appetizers” originated from it, spreading then in many other European courts (at that time the chefs of the Tuscan courts, like the Medici, were the most appreciated chefs of their times, Caterina de’ Medici brought to the French court the use of the fork that French didn’t use yet at that time and brought her Tuscan chefs, and it was thanks to them that the modern French cuisine began).

The recipe is very simple, all you need are good chicken livers and a good bread. 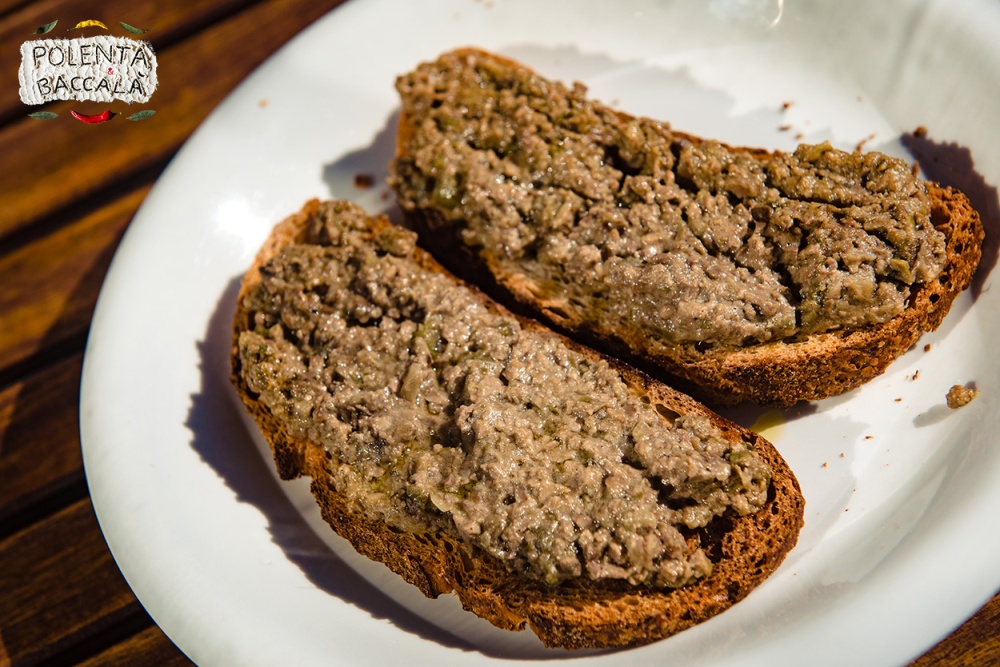