This is a recipe typical of the city of Trapani, in western Sicily, and its name derives from an ingredients which is used in high amount, the oregano (which in local dialect is called “riano”). And all the other ingredients are simple but together they create an amazing flavor.

The history of this product it’s not too old, it seems it was created for the first time after the Second Worldwide War by such Michele Calvino, one of the first “pizzaioli” in Trapani.

The easiest recipes suggest usually shorter times and more yeast, but as always we can obtain better results if we give to the dough more time for the maturation, and that’s what I always do. 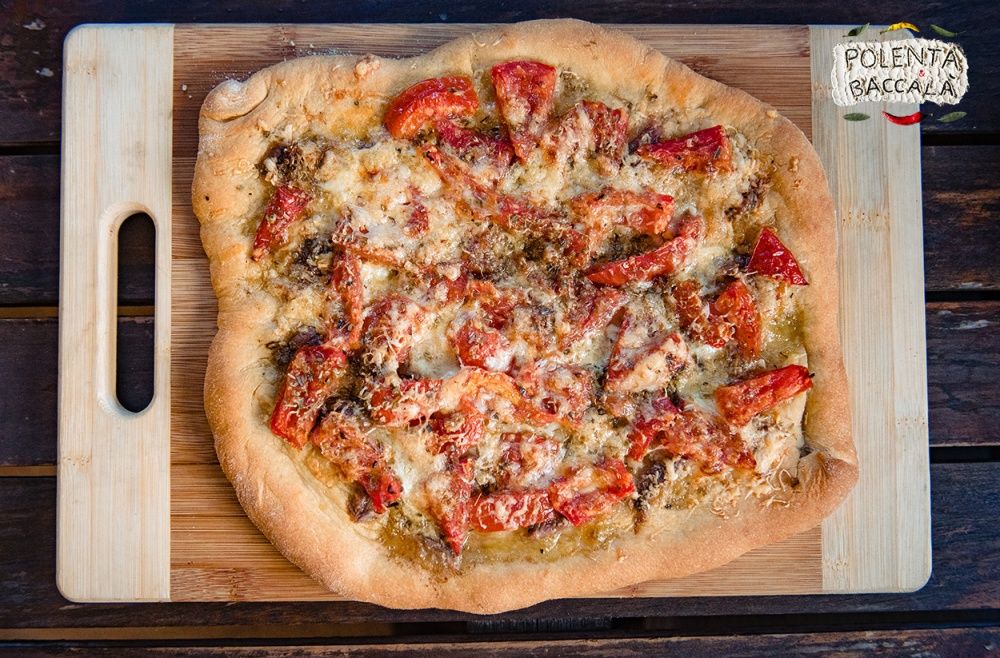 But you can make it also in an oven tray: 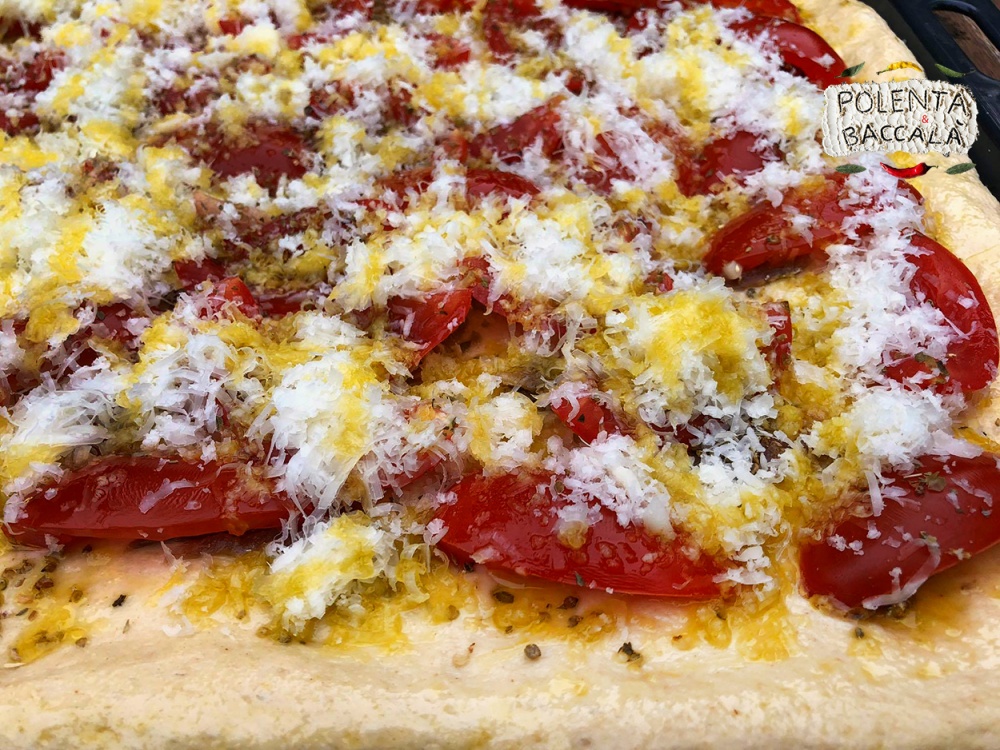