I love soups, and onion soups are between my favorites. But between all the onion soups, probably the most famous is the french onion soup.

I had the chance to try it a couple of times in France, and now that I casually found in a local supermarket a Gruyere AOP and even the Comté AOP I finally decided to make it on my own too 🙂

And probably the original version is the one of Lyon, considering that the oldest written recipe of a similar soup is the one written by Alexander Dumas Père (yes, the author  of The Count of Monte Christo and The Three Musketeers, he was also a famous gourmand) with the name “Soupe à l’Oignon à la Stanislas” (and it was made with water).

The main differences between the soups from Paris and the ones in Lyon are in the use of the broth and of the wine: in Paris they traditionally use the vegetable or meat broth, instead in Lyon traditionally they used just water (but nowadays many chefs use the broth).

Then in Paris they traditionally use the white wine or the red wine (or Cognac), instead in Lyon it’s often used Madeira or Port wine.

As you know, I like to do the things as better as possible when I decide to do something, so I always use to look for the recipes and the advises of the masters, and with no doubt between the French chefs one of the biggest names (if not the biggest) is Paul Bocuse, the famous chef from Lyon, so what I’m going to show here is a recipe that (very modestly) takes the cue from some of his “soupe a l’oignon” recipes 🙂

It’s basically a simple dish, but it requires a lot of attention and quite a lot of time, but it’s really worth it! There are few other recipes that warm you so well in a cold day 🙂

That’s all we need 🙂 unfortunately I don’t have the traditional beautiful bowls with the two lions, but that’s the last of the problems 🙂 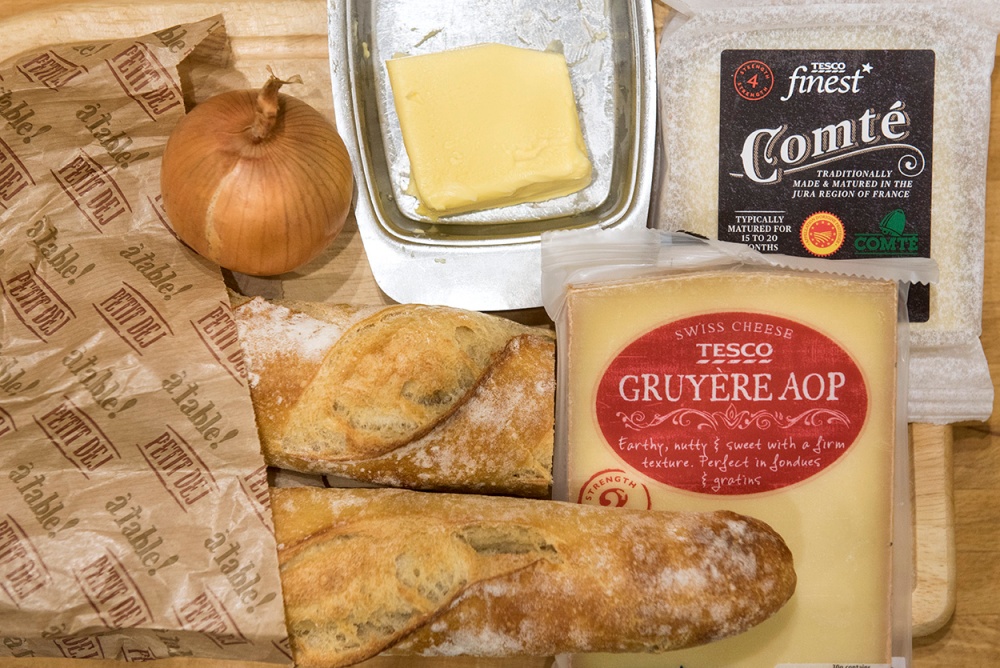 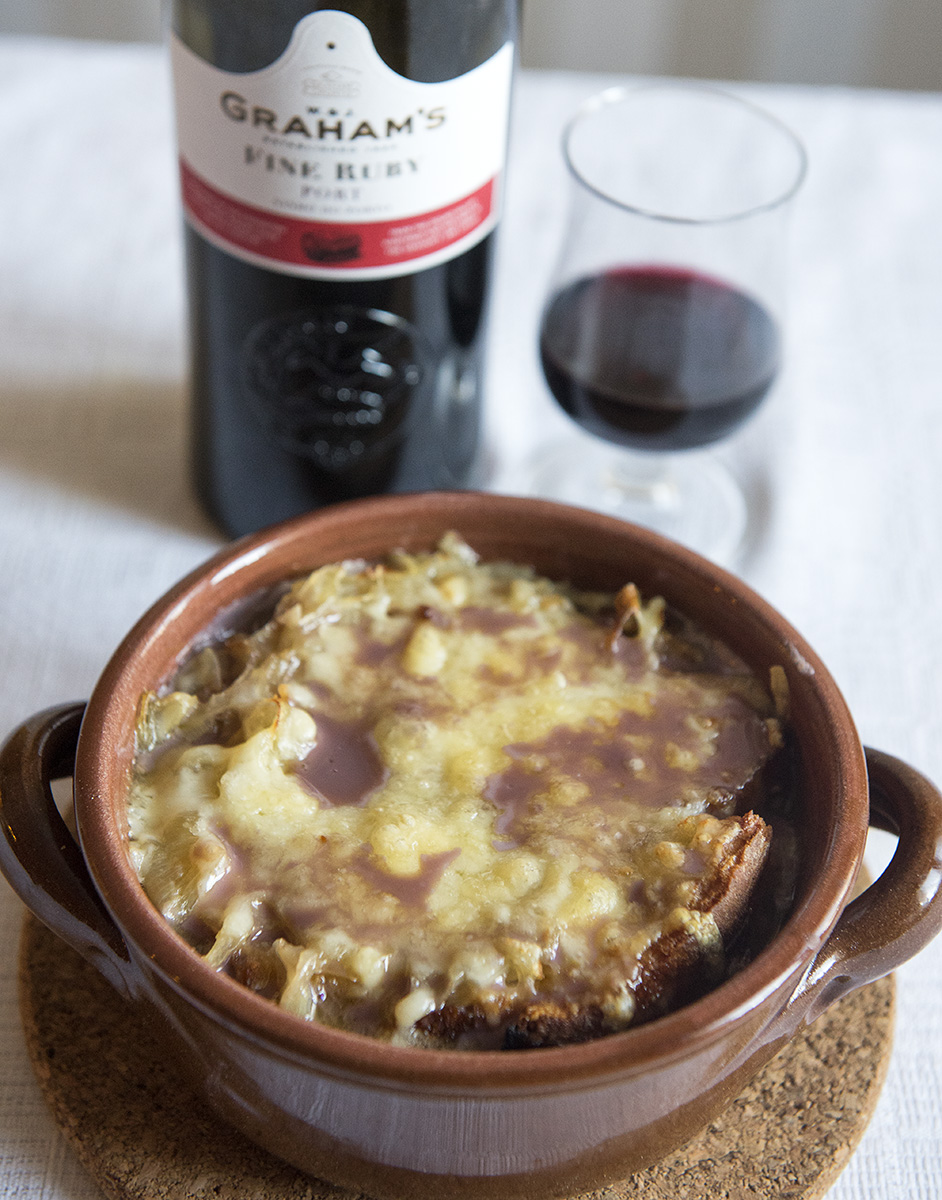 This is the one made in another day with Comté AOP: