The Sbrisolona is a cake typical of Mantua area, it’s hard, friable and rich (of calories 😀 ), it’s a rustic recipe with a poor origin (from the old peasant culture, as often) and with a history that dates back several centuries (it seems the first recipes are from the XVI/XVII century), and some sources say that it was usually prepared in feast days, for example for a new born baby or for a wedding. Other sources report that it was also often made in November, after the harvest, when the new wines were ready and the neighbors gathered to compare their products 🙂

Its name derives from the local dialect word “brisa”, which means “crumb”.

But traditionally this cake was also called “the cake of the 3 cups”, because there are flours, sugar and fat in the same amount of quantity.

Of course during the centuries the recipe changed a little bit: in the very past there was more cornmeal, the fat used was exclusively the rendered lard (and probably, several centuries ago, also fats of other animals, anything was going to be wasted then) and hazelnuts were used (at the time more easily available in that area and cheaper than almonds).

Then with the time something has changed, when the recipe arrived to the Gonzaga court the rendered lard (“strutto” in Italian) has been partly or completely substituted by the butter, and their chefs added sugar, spices and almonds (especially Bartolomeo Stefani, who wrote one of the oldest recipes, and he is also credited as one of the most probable creators of the modern Zabaione, at least he wrote the oldest recipe with a certain author…that cream fits also well with this cake) .

As we are going to see, it’s a very particular and unique cake: the dough has not to be compact but it must be lumpy, completely lumpy.

It’s a perfect cake to enjoy with the afternoon tea/coffee, but the best pairing is maybe with a sweet wine, especially straw wines.

The only widely accepted alternative to substitute the lard is with butter, but not with vegetable fats: in that case it’s no more a “Sbrisolona”, moreover butter and lard help to obtain the typical and characteristic friability, and its specific taste.

Let’s see how to make it!

PS: someone add also some leavening agents as baking powder or ammonium bicarbonate, to make it more friable. And someone suggest to prepare the dough the day before, refrigerate it overnight and then break it into crumbles and bake the day after. 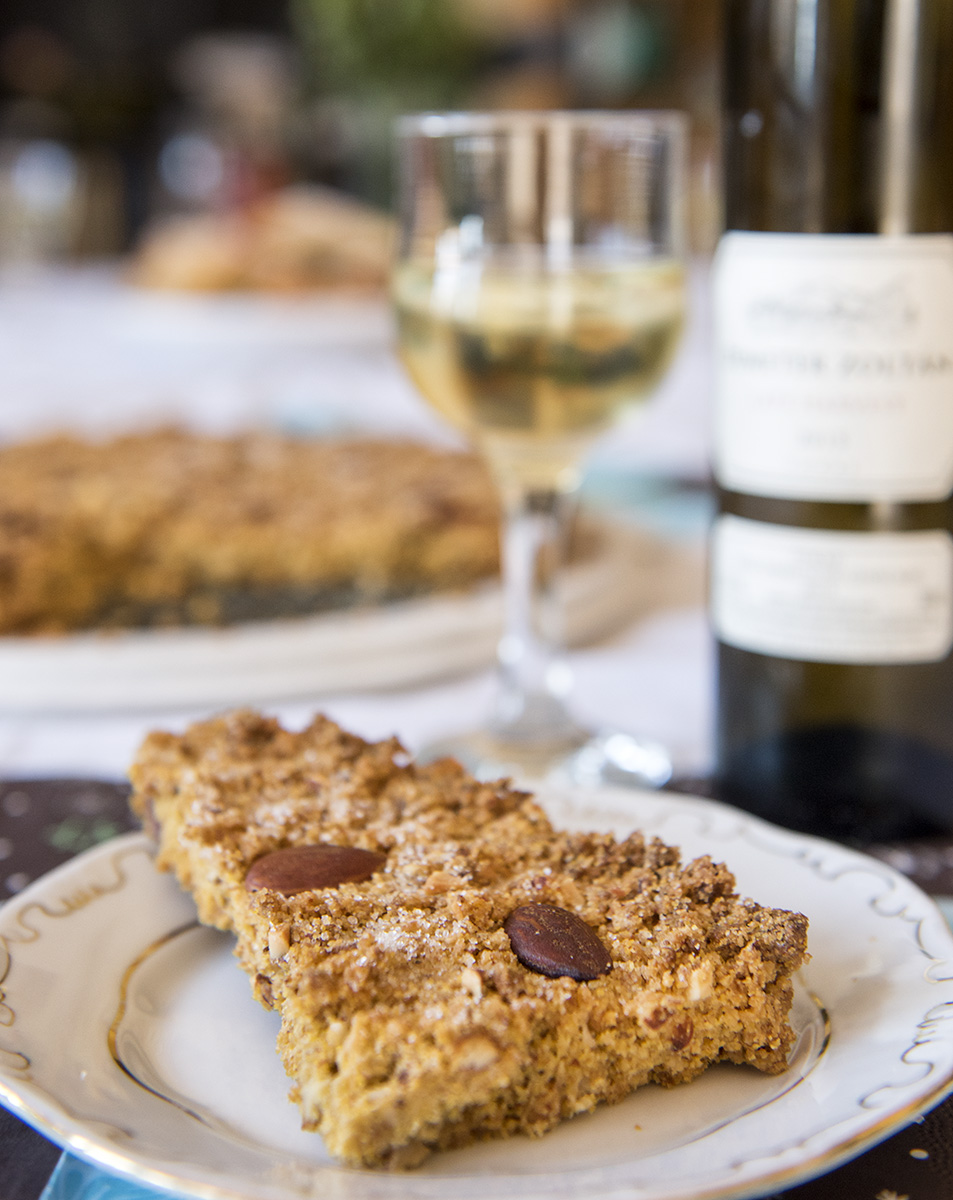