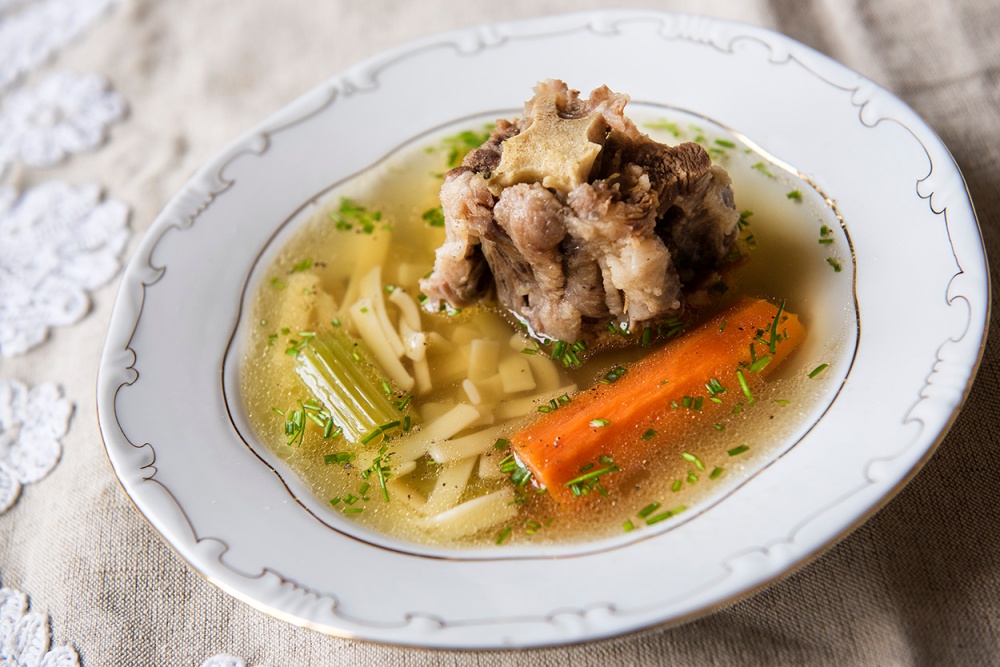 This is my second post about traditional Hungarian recipes, following the previous Harcsapaprikás 🙂

This time it’s about a soup, the ox tail soup (Ököruszály leves in Hungarian).

Well, that’s what was usually used in the past, when oxen were used as working animals and there were more of them, nowadays they are less and less so in most of cases beef tail is used. But the recipe kept the original name 🙂

I like this kind of recipes where all the part of an animal are used, I mean the ones that nowadays relatively few people look for, in this case the tail (HERE you can see another very good recipe made with this cut). Actually very often those parts/cuts are the most tasty, and the fact that are usually cheaper makes them always a good choice.

But I see that recipes like this one are “coming back”, and especially in the good Hungarian restaurants you can often find them in the menus.

This recipe it’s not difficult, it just takes the right time to make it.

It has a very rustic look, and what’s important it’s very good!

PS: if you want to add a very particular taste, you could add some Sherry or Madeira. You’ll find that in some recipes, also in one of the famous Gundel.