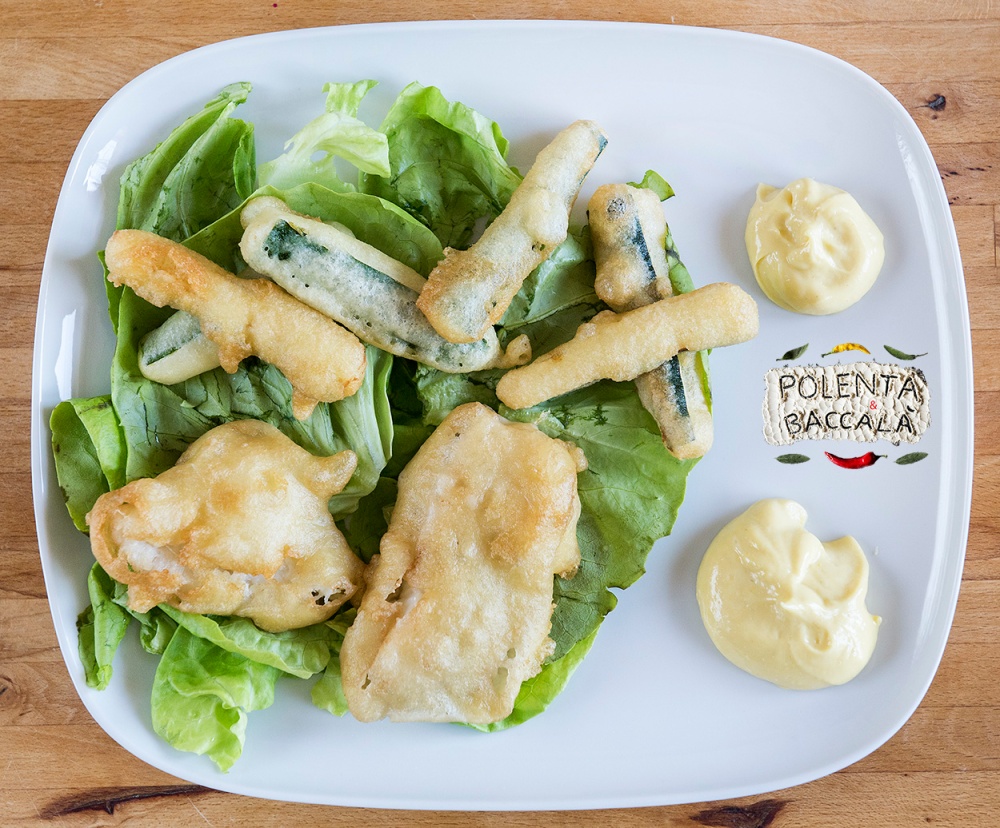 This is a typical street food that you can still find mostly at the weekly markets in the villages/towns between the provinces of Bergamo and Brescia.

Basically it’s not much different than the fish in many others “fish & chips” but since it’s typical of my area of origin I would like to show it, and to tell some of the story behind which is maybe the more interesting part, since the recipe is very simple.

First of all the name, Bertagnì, which is not an Italian word but it’s a word of the local dialect, and has not a real meaning, that’s the name. There is also a saying in rhyme: “Venerdì bertagnì“, “Friday bertagnì”, because in the past it was especially eaten on Friday because it was the day where you don’t eat meat (and even more back in the past, some centuries, there were over 200 days in a year where it was not allowed from the religion to eat meat).

The main ingredient is the cod, but not the fresh fillet but what we call “Baccalà“, which is dried and salted cod, and in the past this was the only sea fish that most of the local people could afford and could preserve easily at home (there were no fridges and freezers in the past), along with the “Stoccafisso”, the stockfish, which is also cod but just dried, without salt. 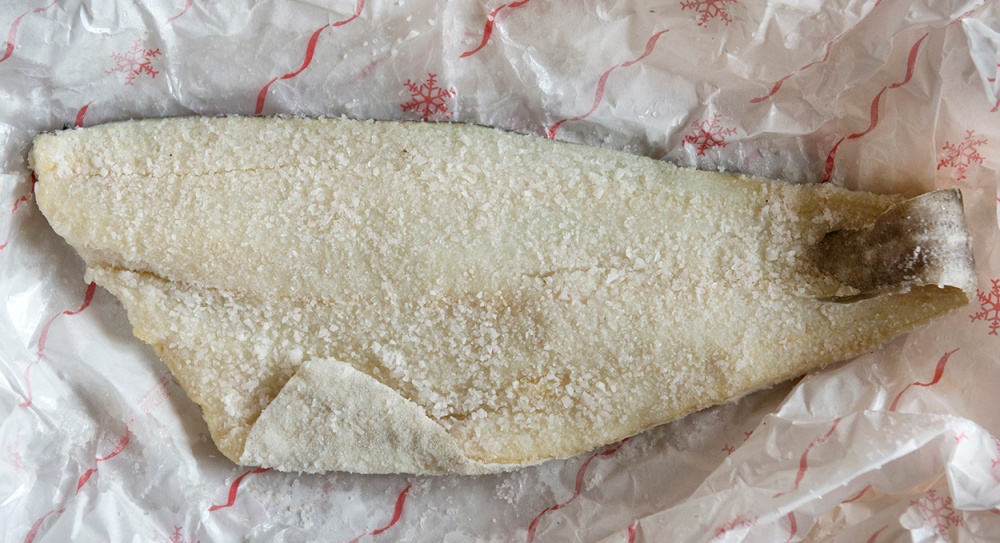 How a fish that there isn’t in the Italian sea but comes from the far north could become one of the most traditional food in this areas? The answer goes back many centuries. The most accepted answer says that Pietro Querini, a 15th-century merchant and sailing captain in the Republic of Venice, shipwrecked in Lofoten (Norway) in the winter of the year 1432. Here he discovered the stockfish and when he was able to return back to Venice he reported how good was this product and from then started the trade between northern Norway and Italy of this great product, and still nowadays in Italy this product is largely used, with countless recipes.

Then later next to the stockfish started to become popular also the salted version, called Baccalà (but to create some confusion in Veneto, Friuli and Lombardy regions people use to call Baccalà what in the reality is Stockfish 🙂 ).

This recipe is very simple, all you need to do is to prepare a batter and to deep fry in oil. And maybe to prepare a good Mayonnaise 🙂

Let’s see how to make it (well, let’s see the home version, in the markets I doubt they take the time to whisk the egg whites and I doubt they use sparkling water). 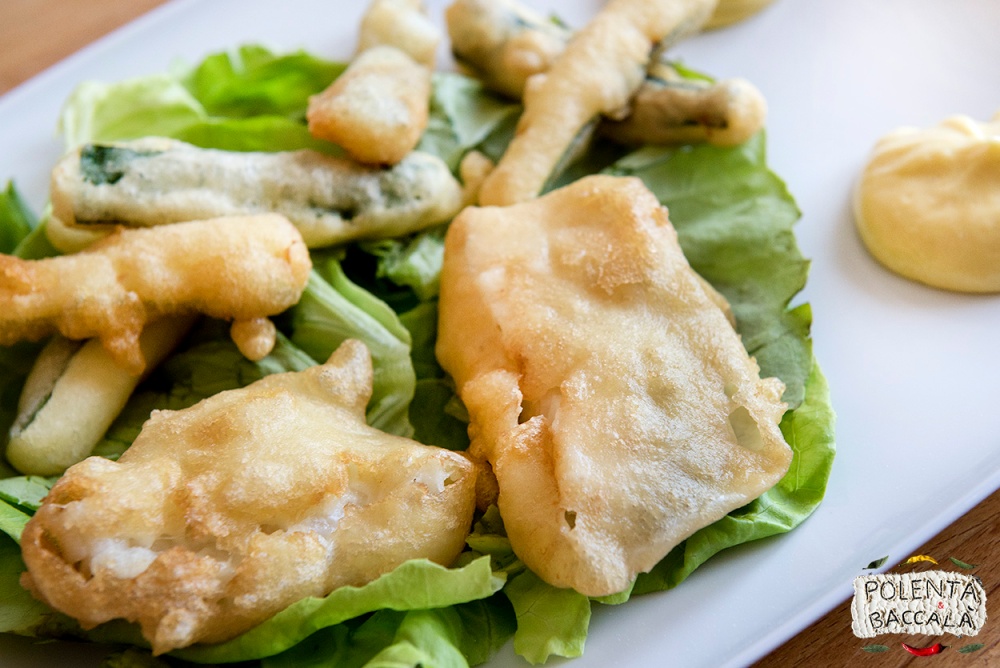